On December 7th, Bay Area Microfluidics Network (BAM) held its second event at UC Berkeley! The event theme was Microfluidic Technologies for Single Cell Analysis. BAM invited Prof. Aaron Streets from the Department of Bioengineering at UC Berkeley and Dr. Troy Lionberger from Berkeley Lights to speak about their latest research and share perspectives on the opportunities and challenges of microfluidics-enabled single cell analysis. 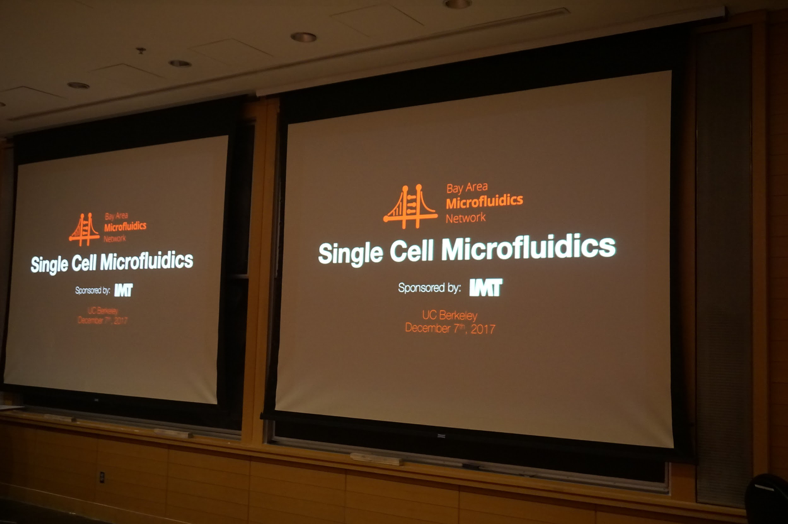 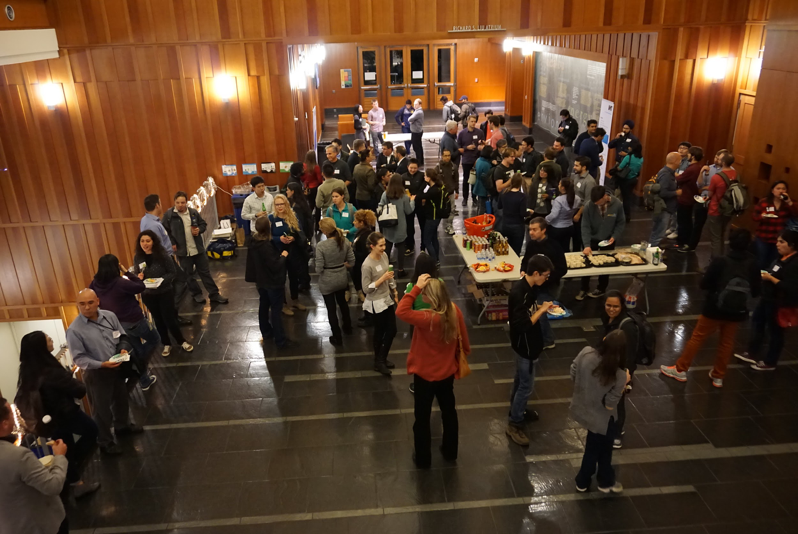 At 7:00 pm, BAM’s founding team members, Thomas Carey, Yatian Qu, and Calum Marrs gave a brief introduction to BAM’s mission, past events, the event program and how to stay connected with BAM. The event sponsor, Dr. Alexios Tzannis from IMT, then greeted the audience, introduced IMT and talked about their interest in microfluidics applications. 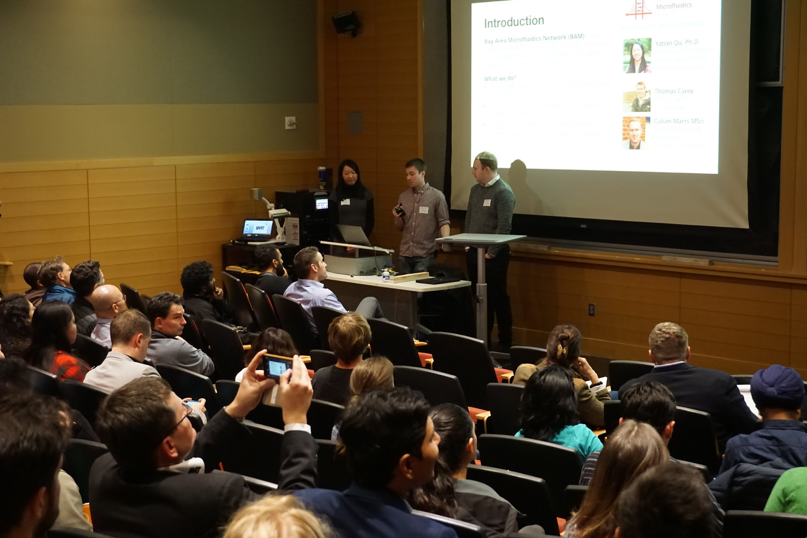 After the messages from the organizers and sponsor, Prof. Aaron Streets presented the microfluidic single cell research from his group in a talk titled “Microfluidics for assembling a human cell atlas.” He talked about combining Raman scattering microscopy and sequencing technologies to analyze morphology and genomic information of single cells that were captured by a microfluidics platform. After Prof. Streets presented the exciting examples of microfluidics-enabled single cell studies, Dr. Troy Lionberger gave a talk titled “The Berkeley Lights Beacon: A high-throughput, single cell platform for accelerating discovery and development.” He presented an autonomous microfluidic single cell platform developed by Berkeley Lights and its applications in accelerating the discovery and development in antibody therapies. 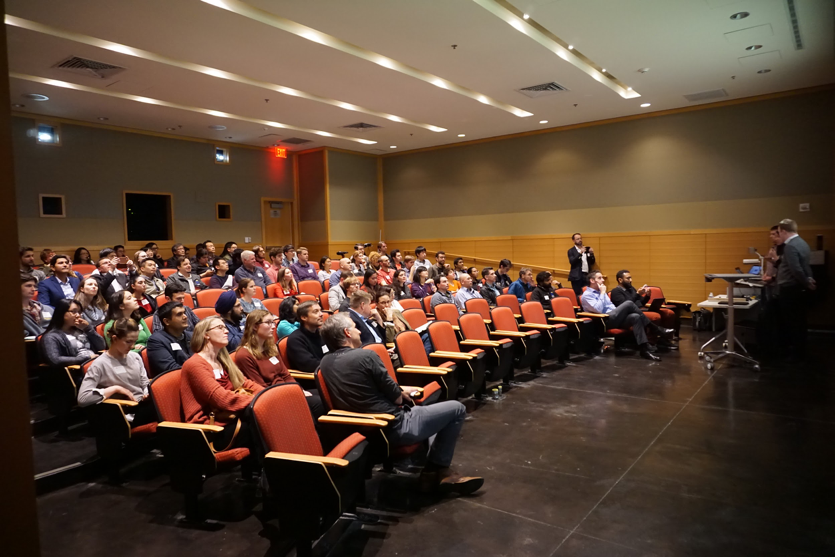 Inspired by the two presentations, Dr. Don Arnold, the CEO of Veristad (a technical and business consulting company), directed an interview-style conversation with the two speakers. Dr. Arnold started by asking Prof. Streets and Dr. Lionberger deeper questions regarding their perspectives on microfluidic single cell analysis platforms. He then invited the audience to participate in an interactive discussion.

The fruitful discussion between speakers and the audience lasted for about thirty minutes. The event ended with a “job board” where two startups, Indee Labs and Elegen, introduced themselves and presented job opportunities. After their pitches, participants enjoyed additional networking time in the atrium of Stanley Hall. 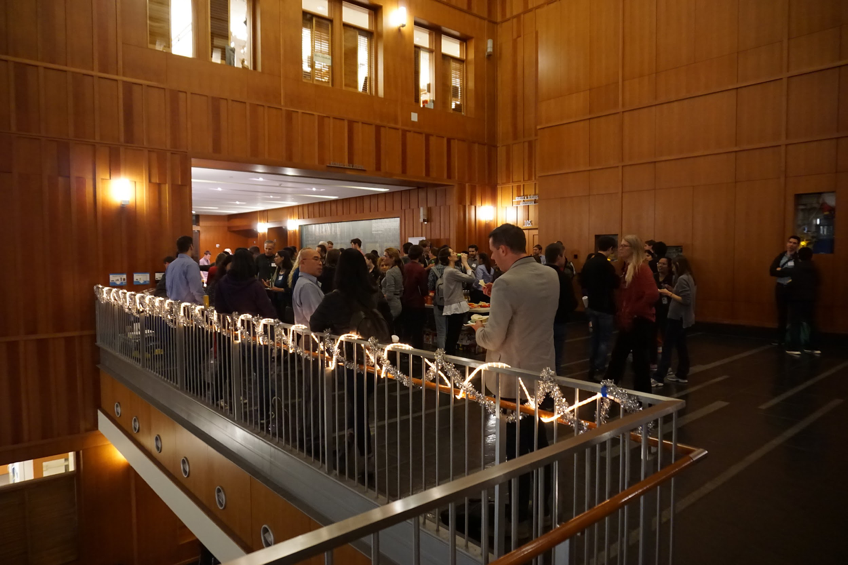 BAM’s single-cell analysis event at UC Berkeley was a success. Attendees gave highly positive feedback and expressed a desire to participate in future events. BAM would like to thank IMT for sponsoring this event and the volunteers that helped with event logistics. 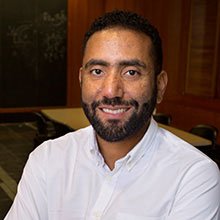 Aaron Streets completed his Bachelor’s at UCLA in Physics and his PhD at Stanford in Applied Physics with Dr. Stephen Quake. He then went to Beijing, China as a Whitaker International Postdoctoral Fellow and worked with Dr. Yanyi Huang in the Biodynamic Optical Imaging Center (BIOPIC) at Peking University. Streets joined the faculty of UC Berkeley as an Assistant Professor in Bioengineering in 2016 and is currently a core member of the Biophysics Program and the Center for Computational Biology. He is also a Chan Zuckerberg Biohub investigator. The Streets Lab is interested in building tools to study biology at the single-cell level. Research focuses on the development of three core technologies to facilitate quantitative measurements of single cells: microfluidics, non-linear optical microscopy, and genomics. Streets’s goal is to incorporate advancements in these three areas in order to probe many facets of cellular phenotype and reveal correlation between protein-DNA interaction, gene expression, protein expression, chemical composition, and morphology. Technology developed in the Streets lab aims to facilitate the construction of a comprehensive Human Cell Atlas. 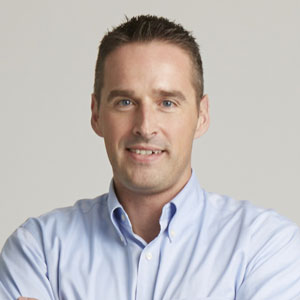 Troy Lionberger is currently the Senior Manager of Technology Development at Berkeley Lights, a startup in Emeryville that has created a unique microscopy platform that couples optical cell positioning with microfluidics to drive high-throughput screening of clonal cell populations. Dr. Lionberger’s team at Berkeley Lights has invented many novel assays that exploit the unique nature of mass transport at the microfluidic scale; these assays are currently being deployed on applications ranging from therapeutics and synthetic biology to food technology. Prior to entering industry, Dr. Lionberger was a biophysics postdoc through the Howard Hughes Medical Institute at U.C. Berkeley in the lab of Prof. Carlos Bustamante, where he developed high-precision microscopy techniques to study the nanoscale translocation of individual molecular motor proteins. His graduate training includes a Ph.D. in Cellular and Molecular Biology and an M.S. in Mechanical Engineering, both from the University of Michigan. Dr. Lionberger’s entry into microfluidics research began as an undergraduate researcher under Dorian Liepmann at U.C. Berkeley, where he earned a B.S. in Bioengineering and a B.A. in Molecular and Cell Biology.

BAM would like to thank IMT for their generous sponsorship of our single-cell microfluidics event.